Throughout most of his career, Calika kept copies of the memos, letters, reports, and studies that he wrote, either for his signature or that of senior Bank officials. He maintained these copies in a personal file in chronological order.Occasionally he included copies of incoming letters and memoranda. Some drafts of speeches or proposed remarks are in the file, as are copies of minutes or other official documents.

The documents in these files are largely duplicates of those in the official files of the Bank, but their chronological arrangement allows the user to follow issues as they unfolded, from the point of view of a Bank officer. The files are particularly rich for the African period of Calika's career. Calika began active involvement with the region as chief of the unit dealing with the British Commonwealth. His files exist from the latter part of that period; while they contain some information on countries such as Malta or British Guiana, most of the documents relate to Kenya, Tanganyika, Swaziland, Rhodesia, Nyasaland, South Africa, and Mauritius. During Calika's years in the Africa Department, the Bank decided to set up two local offices (permanent missions), one in East Africa and one in West Africa. Calika monitored the activities in those offices, traveling to them and overseeing the cooperative programs they undertook. The files for the Africa years include, for example, a July 1967 memo on river blindness, memos on the progress of the Agricultural Development Service, and correspondence with partners such as the World Health Organization, the United Nations Development Program, UNESCO, the Food and Agriculture Organization, and the African Development Bank.

Calika served in the Education Project Department during the years surrounding Robert McNamara's 1970 launch of a new approach to lending for education. Calika's role in the department included hiring and training new staff to meet the new lending goals, and the administrative issues of the expanding department are reflected in the files. The papers from Calika's period in Latin America are thinner, with the year 1975 entirely missing and the papers from 1979 very thin.

The Calika papers are particularly useful to researchers interested in the history of the Bank's relationship with Africa throughout the 1960s. They also help a researcher follow the internal administration of the Bank's effort to expand its role in education. 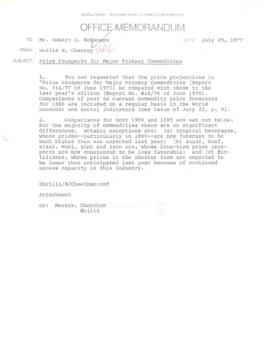 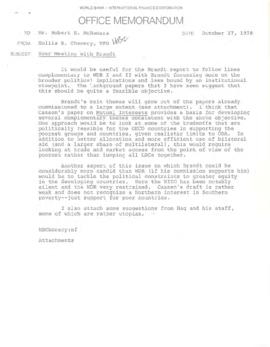 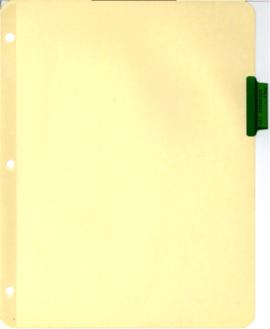 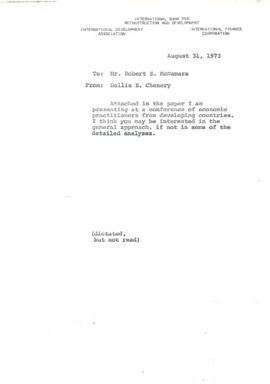 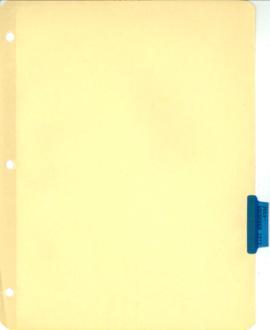 Records of the Finance and Private Sector Development Vice Presidency

The fonds consists of budget, work program, planning, management, and organization records related to FPD and its subordinate departments of PSD, FSD, and IEN. 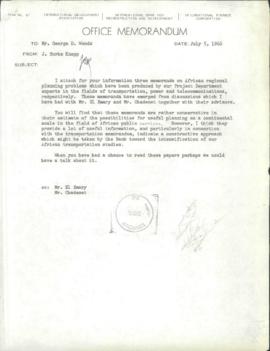