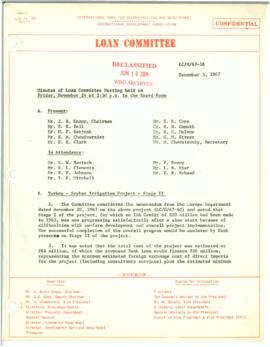 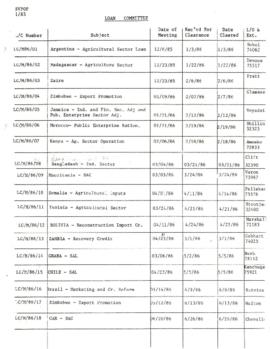 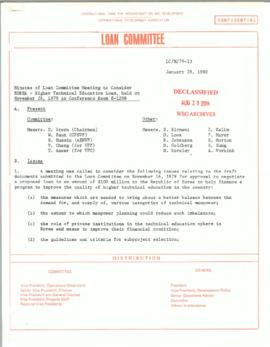 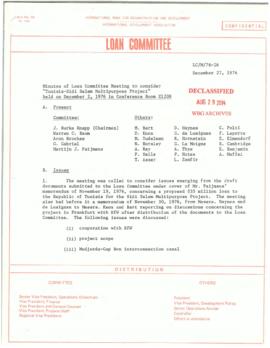 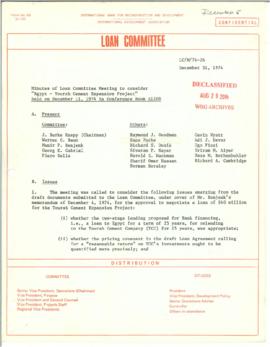 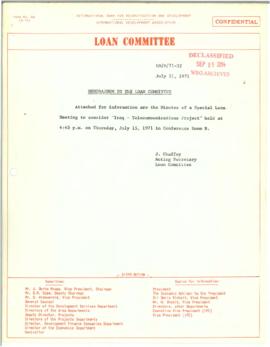 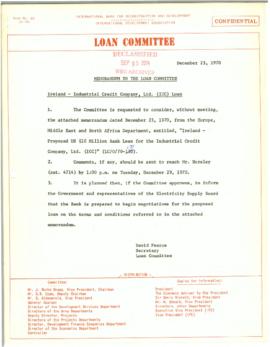 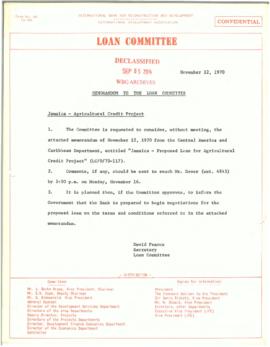 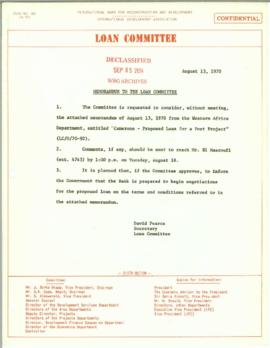 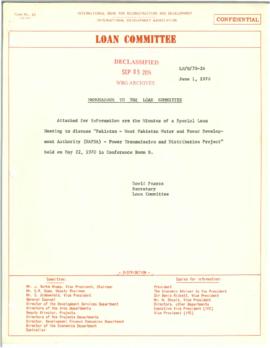 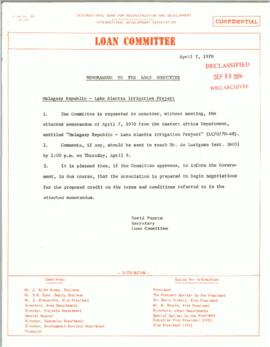 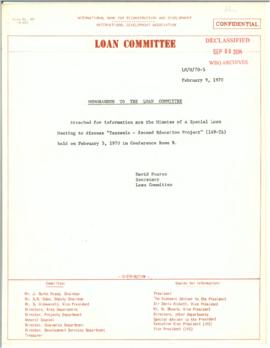 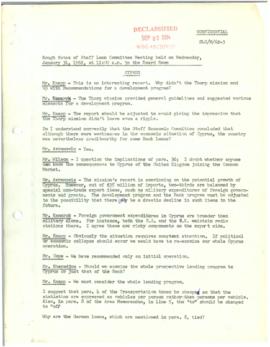 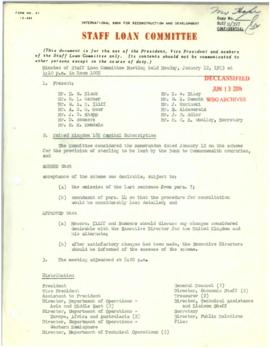 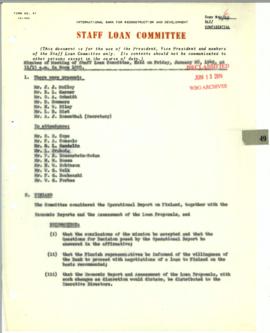 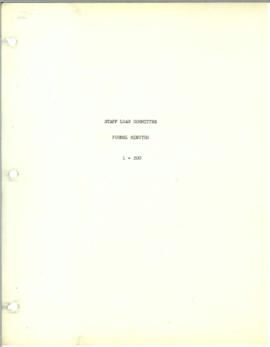 Agenda, minutes, and other records of the Operations Committee 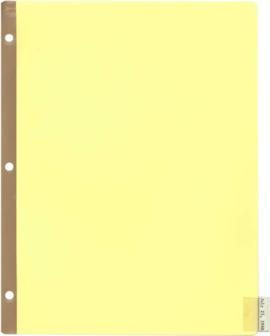 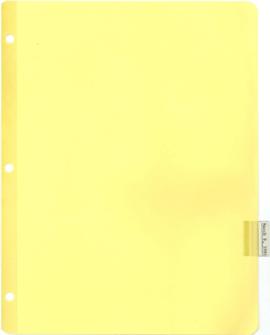 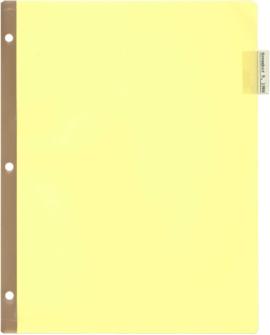 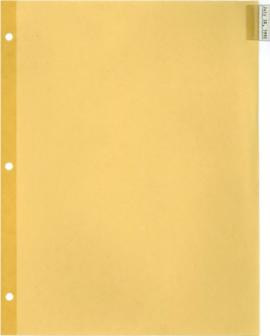 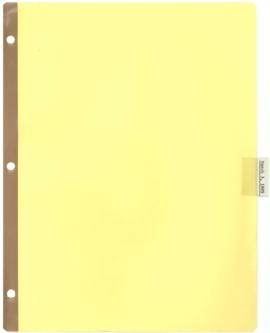 Agenda and minutes of meetings, and background documents: Loan Committee and Operations Committee

The files for each meeting include the formal agenda and minutes of the meeting and extensive background documentation such as the project proposal (e.g., Final Executive Project Summary) and related memoranda forwarded from a region, memoranda from various units in the Bank commenting on the proposal prior to the Committee's meeting, handwritten notes taken during the Committee's meeting, draft minutes and comments on drafts, and follow-up memoranda and correspondence regarding the project. The files for the period from December 1991 to December 1995 were maintained by Orsalia Kalantzopolous, assistant to Managing Directors Ernest Stern and Gautam Kaji. When the Operations Committee replaced the Loan Committee in January 1996, the committee secretariat was transferred to the Office of the Director, Operations Policy Department (OPRDR), and John D. Shilling was appointed secretary to both the Operations Committee and the Operations Policy Committee.