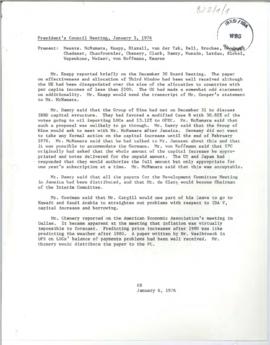 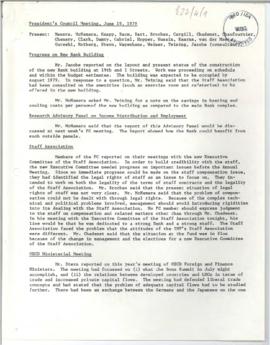 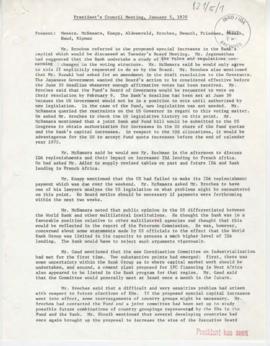 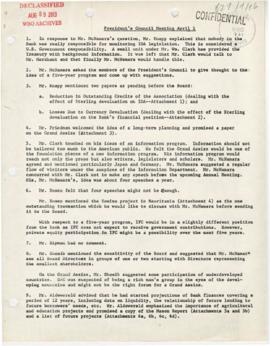 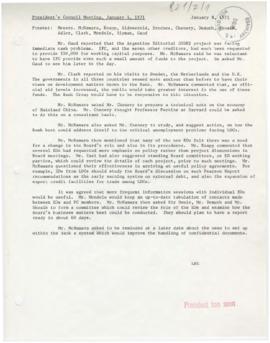 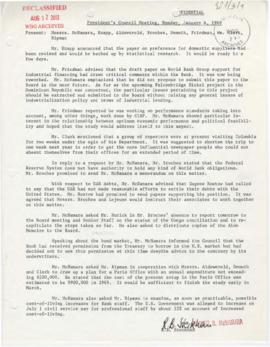 This series contains correspondence and notes regarding guest lectures and remarks by President McNamara and conferences he attended, both in the U.S. and in Europe. It is clearly fragmentary and does not cover many of the events in which McNamara participated. The series includes speeches he gave on topics such as population (University of Notre Dame in May 1969), poverty and population (American Urological Association in October 1977), and international development (Frederick Ebert Foundation in Bonn in 1979). Several files relate to awards given to McNamara, including on from the Tun Abdul Razak foundation in Malaysia; some awards files include speeches and remarks he made at the presentation of the award.

A few conference files include McNamara's handwritten notes of points made by other speakers; sometimes a typescript copy of his notes on the proceedings is filed. Because the speakers were often important figures in public affairs, these notes are useful for researching both the positions taken bythe participants and McNamara's understanding of the points they made. 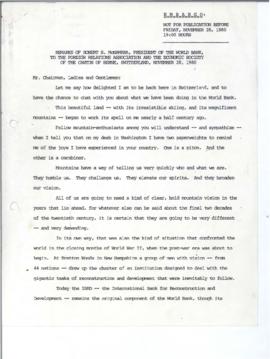 Remarks to the Foreign Relations Association and Economic Society of the Canton of Berne, Nov. 28,1980 - Correspondence 01 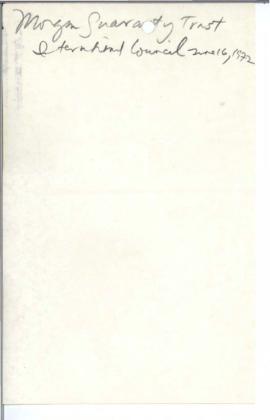 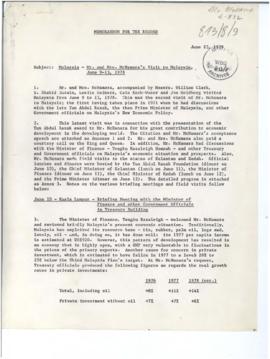 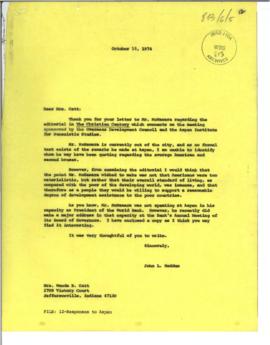 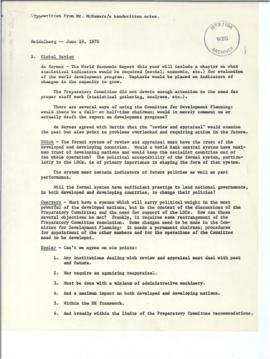 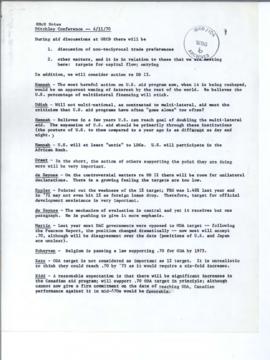 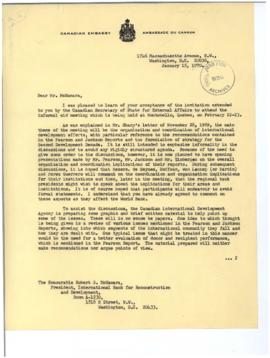 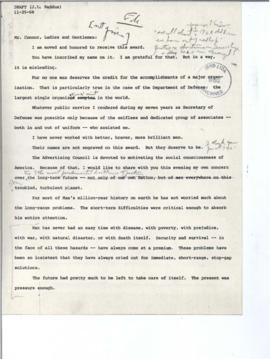 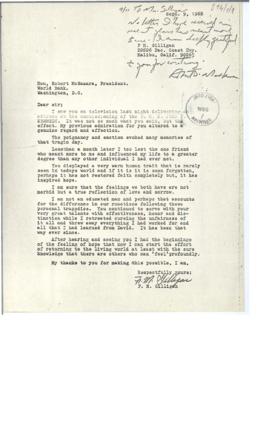 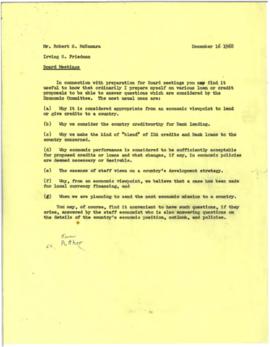 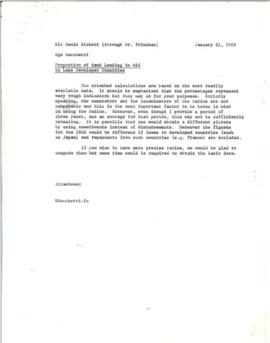 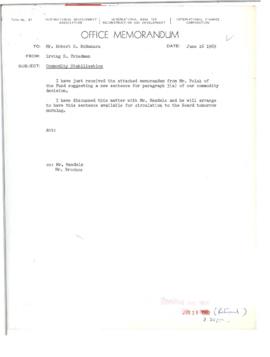 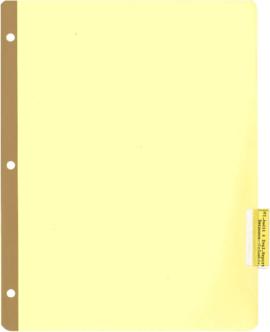 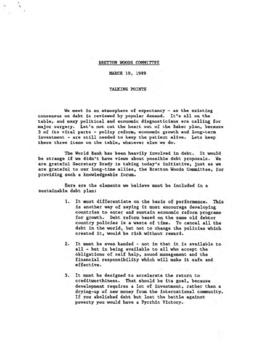 Presidential speeches : Statement on the Organization of MIGA to the Board of Directors, June 22, 1988 - Speech

Presidential speeches : Address to Rule of Law Committee, May 11, 1988 - Speech

Presidential speeches : Address to the Council on Foreign Relations in New York City on February 11, 1988 - Speech