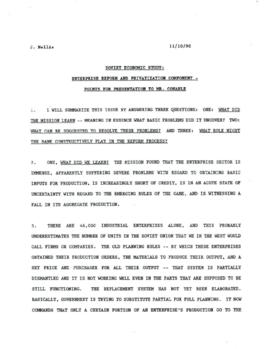 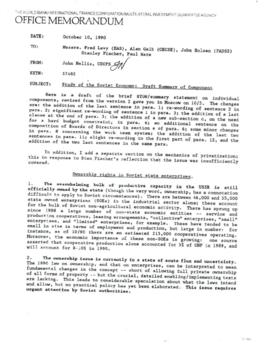 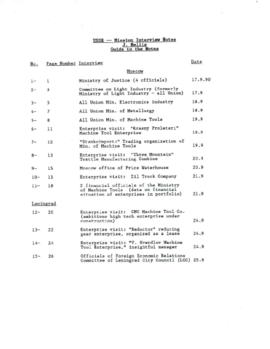 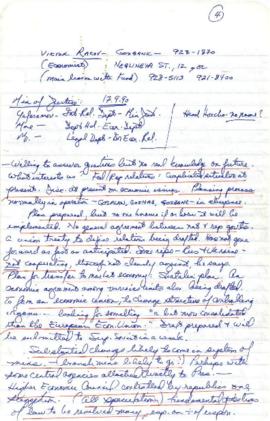 An American national born in 1938, John Nellis received his B.A. (1960), M.A. (1964), and Ph.D. (1968) in Political Economy from the Maxwell School at Syracuse University. Prior to joining the World Bank, Nellis held teaching and research positions at a number of academic institutions, including the University of Nairobi (as a Fellow of the Institute for Development Studies), Carleton University (as professor of international affairs), and the Maxwell School at Syracuse University (as professor of Development Planning and Public Administration). He also served as the representative of the Ford Foundation in North Africa during which time he conducted research and administered aid programs.

Nellis was employed by the World Bank between 1984 and 2000 during which time he dealt with a variety of development topics and sectors, including privatization, public enterprise reform, market transitioning, and governance and public-sector management issues. Upon joining the Bank in 1984, he was named Management Specialist in the Public Management Unit (PPDPS) of the Projects Policy Department (PPD). The PPDPS, then just a year old, was responsible for advising and developing strategies for improving the management of governments and government-controlled enterprises.

As part of a 1987 Bank-wide reorganization, the PPD was terminated and the functions and staff of the PPDPS were transferred to the newly established Public Sector Management and Private Sector Development Division (CECPS) located in the Country Economics Department (CEC) of the Development Economics Vice Presidency (DEC). Nellis transitioned to CECPS, as well, and was soon after named Principal Management Specialist. CECPS specifically focused on private sector development activities such as assisting in the privatization of state-enterprises, performing private sector assessments, and improving the relations between the public and private sector through regulatory reform.

A Bank-wide reorganization in 1993 resulted in the termination of CECPS. Much of its staff and functional responsibility was transferred to the Private Sector Department (PSD). Nellis was one of those transferred to PSD where he was made Manager and then, in 1994, Senior Manager. PSD did not contain internal divisions until 1997. At this point Nellis was named Senior Manager of the Department's Enterprise Group (PSDEN) which focused on country enterprise reform and privatization. His final position at the Bank was director of the PSD. Nellis officially left the Bank in 2000.

Donated to the World Bank Group Archives by John Nellis in 2016.

This fonds contains records related to John Nellis's work in the Public Sector Management and Private Sector Development Division (CECPS) located in the Country Economics Department (CEC) of the Development Economics Vice Presidency (DEC). The majority of the records relate to Nellis's participation in mission travel to the Soviet Union in 1990 and Russia in 1991 and 1992.