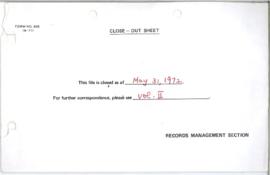 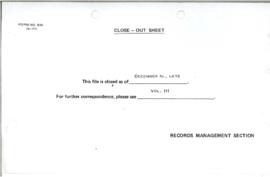 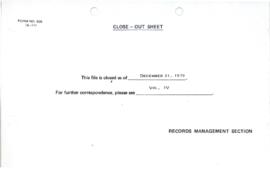 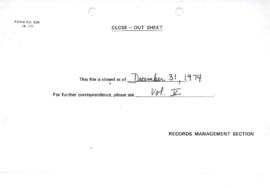 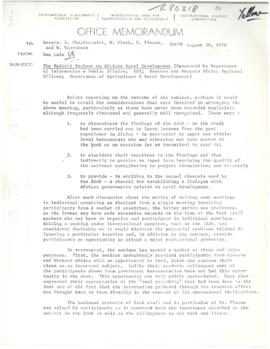 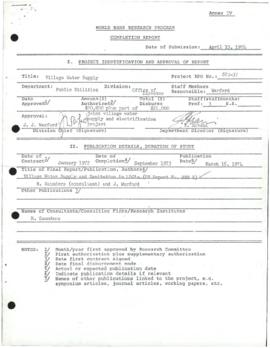 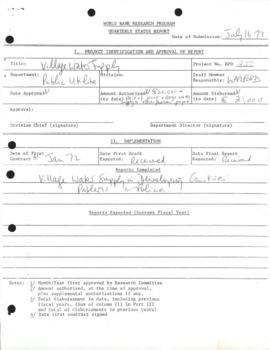 This series contains files for the earliest projects approved under the World Bank's research program. These particular files are primarily those that were maintained by the managers responsible for directing the projects. Most were directed by staff from departments under the Development Policy Staff (the Development Research Center, the Development Economics Department, the Economic Analysis and Projections Department) and under the Economics and Research Staff (the Economics and Analysis and Projection Department and the Development Research Department), but others were conducted by staff from the sectors or the Regions. The files are in two sections: those that were completed and for which completion reports and evaluations had been filed and those for which the final reports and evaluations had not been filed.

A project file typically contains draft research proposals with comments on the drafts, the formal research proposal submitted on a standardized form, memoranda establishing a review panel to vet the proposal and to convey the decision of the review panel, minutes of the Research Committee meeting at which the proposal was discussed, the Research Committee's decision on the proposal, correspondence with consultants who worked on the project, Back-to-Office reports from missions connected with the project, requests for computer support, requests for additional funding and/or an extension of the research schedule and the Research Committee's decisions regarding those requests, intra-office correspondence of the unit directing the project, a summary of the project results for inclusion in Research News, and possibly a project completion report on a standard form. For most projects, there is a separate folder containing quarterly status reports and possibly also the project completion report. The files in the completed projects section of the series also include evaluation reports. Most of the files for projects under the 672 and 673 series contain only completion reports.

Records are arranged In two parts: completed projects; and projects for which evaluations and/or completion reports had not been completed. The files in each part are arranged by RPO number but not always in clear numerical order.