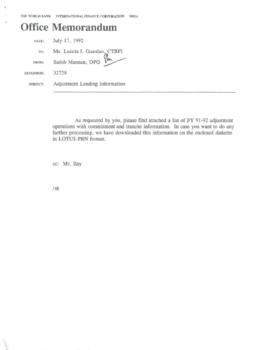 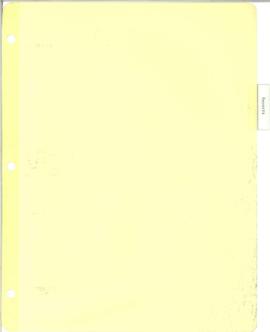 This series was compiled successively by staff in units responsible for maintaining and reviewing adjustment operations: the Country Policy Department (Assistant Director Sidney Chernick and Vinod Dubey who served as Senior Adviser and later Director of CPD), the Economic Advisory Staff (Directors Vinod Dubey and Enzo Grilli), and the Development Policy Group (Enzo Grilli, Anandarup Ray, Satish Mannon). The records are divided roughly into three parts. The first part relates to the early development of the Structural Adjustment Loan (SAL) program, 1979 - 1984, and includes copies of SAL papers and reports presented to the Board and summaries of discussions from Executive Directors' meetings in which the reports and papers were discussed.

Records are arranged by the three parts described above. Parts two and three are further arranged chronologically.