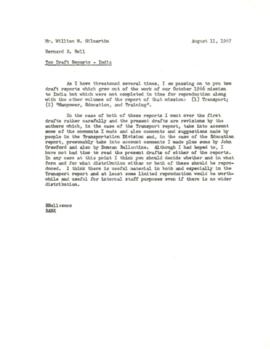 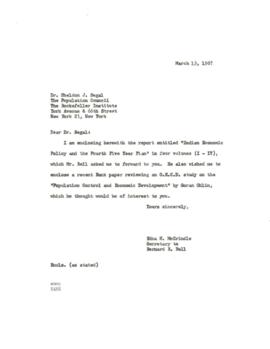 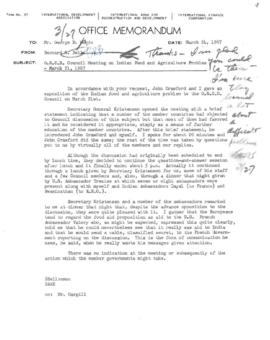 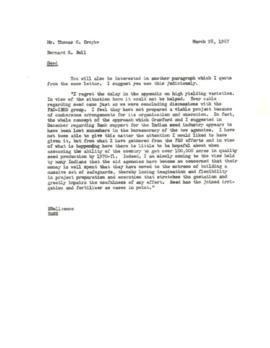 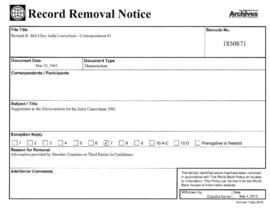 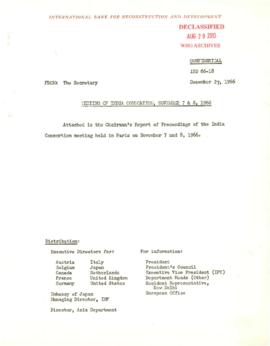 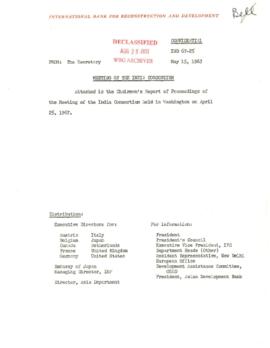 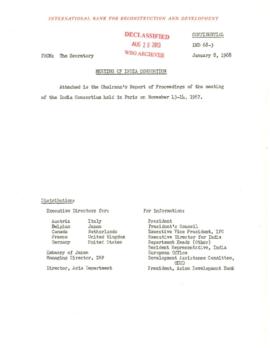 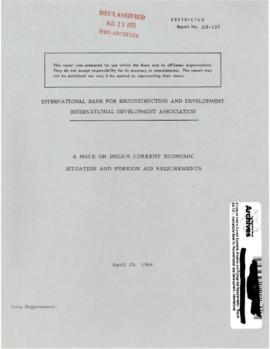 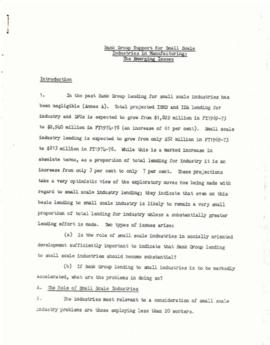 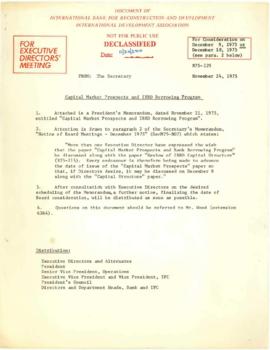 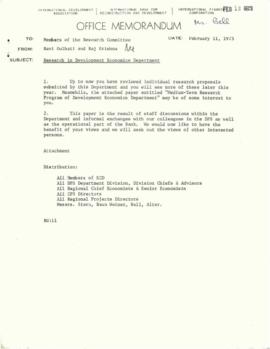 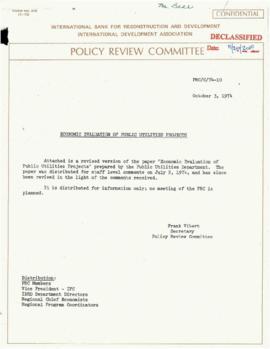 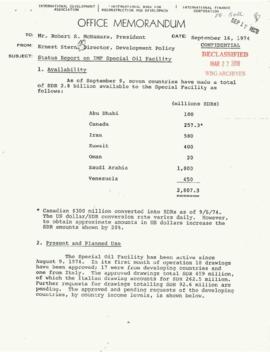 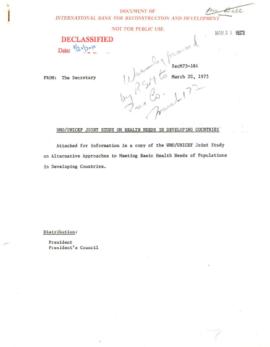 Bernard Raymond Bell was born in Philadelphia on January 9, 1912 and was educated at the University of Pennsylvania and the University of Paris. Bell began his career as an economist with the Department of Agriculture in 1935 and served as chief economist of the Export-Import Bank in the U.S. He was employed by various consulting firms from 1953 to 1965.

He first joined the World Bank in 1962 when he was engaged as a consultant to serve as a transportation adviser on a mission to Colombia. At that time, he was associated with a consulting firm, Surveys and Research Corporation, of Washington, D.C. From September 1964 through 1965 he directed a major Bank mission to India, at the request of President George D. Woods, to conduct a comprehensive study of the Indian economy and advise the Bank and its partnering aid group, the India Consortium, on India's economic challenges. During this period, India was the Bank's largest debtor and was also heavily indebted to several other development agencies and governments around the world. The report titled Report to the President on India?s Economic Development Effort, also known as the Bell Mission report, was issued on October 1, 1965. The report significantly influenced Bank policies toward development in India, recommending the introduction of intensified agricultural production and the devaluation of the Indian currency. The mission report also supported India's request for additional development assistance, especially for quicker project disbursements.

In December 1965, Bell joined the regular staff of the Bank as Assistant Director, Economics, Project Department and became Deputy Director of the Projects Department in 1967. Bell continued to be involved with India when he was appointed economic advisor to President Woods' resident representative to India, Andre de Lattre, who was handling financial negotiations between the government of India and the India Consortium. Bell was responsible for the Bank's analysis of the Indian government?s Fourth Five-Year Plan. His study was published in the subsequent 1967 Bank report titled ?Indian Economic Policy and the Fourth Five Year Plan".

In August 1968 Bell went to Djakarta, Indonesia as Director, Resident Staff Indonesia. Following the reorganization of the Bank in October 1972, he returned to headquarters to become the Vice President, Eastern Africa Region (AFRVP), and then became Regional Vice President, East Asia and Pacific Region (EAPVP), in July 1974. He retired from the World Bank in January 1977.

Bell later served as a consulting economist for the International Finance Corporation (IFC) as well as for the Bank and was a director of the Housing Development Corporation in Bombay until 1989.

The files relating to the India reports were transferred to the Archives from the Office of the President in 1994. The Indonesian oil sector files presumably originated from the Office of the Vice President of East Asia and Pacific Region (EAPVP) and were accessioned into Archives' custody in 1995. The research files were transferred by EAPVP in 2000 in accordance with approved records retention schedules.

Subfonds consists of records created by Bernard R. Bell primarily when he was the economic advisor to the representative resident in India during which time he examined Indian economic policy and the proposed Fourth Five-Year Plan during 1966 to 1967. Subfonds also contains subject files and correspondence kept while he served as director of resident staff, Indonesia and regional vice president, East Asia and Pacific Region.

Records are arranged in three series: