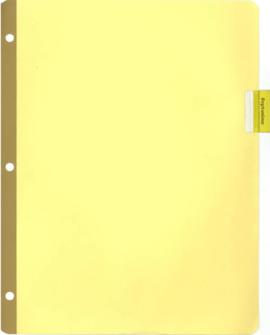 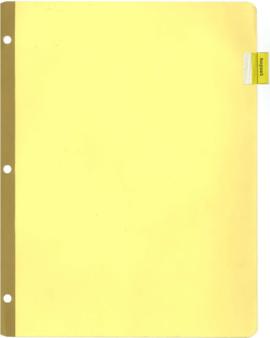 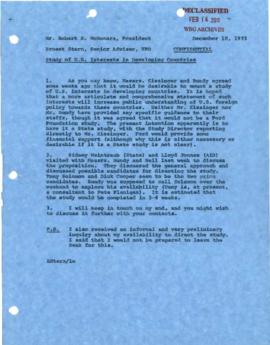 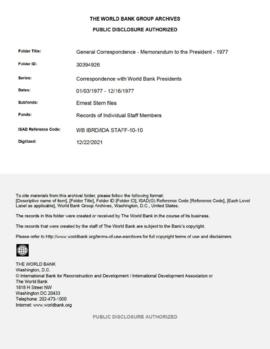 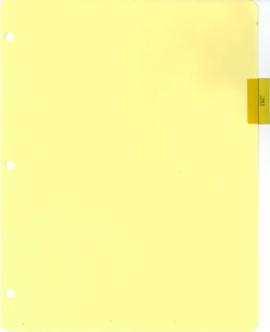 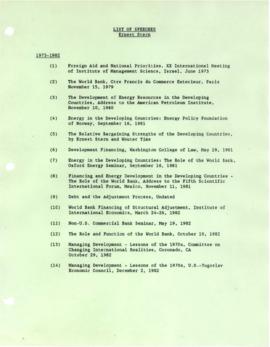 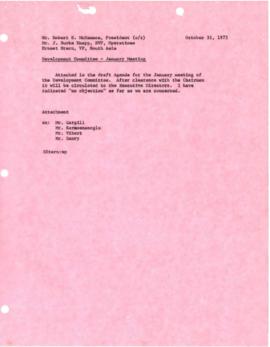 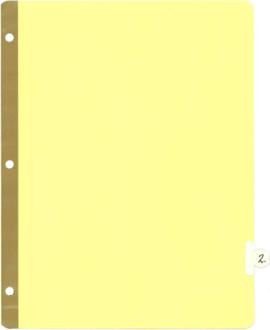 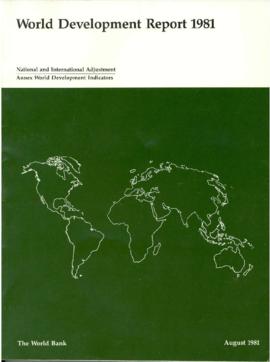 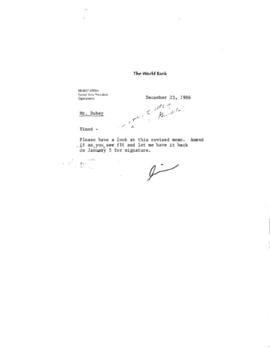 Ernest Stern was born in 1933 in Frankfurt, Germany. He spent his childhood in Amsterdam where his family moved before being interned in the Bergen-Belsen concentration camp during the Second World War. His family survived internment and after returning to the Netherlands where Stern attended high school, he emigrated to the United States in 1948. He received his education at Queen's College, New York and at the Fletcher School of Law and Diplomacy, earning his M.A. and Ph.D. in International Economics. Hejoined USAID in 1963 and held posts in India, Pakistan and Turkey. Stern also served as the Deputy Executive Secretary and Staff Director of the Commission on International Development (the Pearson Commission) from 1968 to 1969 and as Senior Staff Member of the White House Council on International Economic Policy in 1971.

Stern joined the World Bank in 1972 as a Senior Advisor in the Office of the Economic Adviser to the President (January - October 1972). One of his tasks was to administer the economic research program at a time when there was considerable research being done at the World Bank in the absence of a centrally managed program. Stern organized the program by developing priorities, broadening participation with other researchers, and establishing a separate research fund so that projects could be financed outside of the annual administrative budget. The Bank also began to focus on improving dissemination of research.

InOctober 1975, Stern moved to the operations side of the Bank when he was named Vice President, South Asia Region (SAR). In this role he dealt with operations in South Asia, assessing the Bank's participation in projects, country priorities, policies, and economic management problems. Under Stern's leadership, SAR contributed towards an articulation of basic needs and poverty alleviation strategy and the establishment of standards for project implementation.

In 1977, Stern was appointed by Bank President Robert McNamara to supervise the preparation of the Bank's landmark first World Development Report (WDR), which addressed accelerating growth and reducing poverty and was published in 1978.

As Chief Operations Officer of the World Bank, Stern implemented a disciplined approach to lending with established operational directives that limited extensions given to loans. He had extended loans discontinued if they were determined unsuccessful through close project monitoring and follow-up. He was also involved in policy and budget for lending discussions with the Board of Executives. Stern was a main promoter of structural adjustment lending and was also an advocate of guarantees as a credit-enhancing tool. He made the latter a new financial instrument when he participated in the debt deal with Chile after the emergence of the debt crisis in 1982. This marked the first time that a guarantee of World Bank authority was used.

Between 1981 and 1986 under Stern's leadership, the Bank's operations function formulated guidance on population resettlement issues, treatment of indigenous people, and the environmental impact of dams. A restructured extension service program to benefit farmers in developing countries was implemented and the role of the Bank's environment sector was also expanded.

Also during this period, Stern proposed to explore whether uncommitted International Development Association (IDA) funds could be mobilized for a special purpose for low-income African countries. In 1985, Stern convened a government donor's meeting in Paris that was successful in creating a Special Facility for Africa (SAF) and initially raising over $1.5 billion. SAF eventually evolved into the Special Program for Africa.

As part of the Bank-wide reorganization of 1987, Stern was named Senior Vice President, Finance (FINSV, 1987-1991). Under his direction, FINSV formulated investment guidelines and changed borrowing strategy and instruments. It developed global bonds, which became a benchmark for large borrowers, and implemented several other new instruments. It also began to make changes to borrowing in the Japanese market, reduced reliance on special Central Bank financing, and made reforms in the currency pooling system. Stern also led a restructuring of the Controller's Office and the Pension Administration to include an oversight function.

From 1991 to 1995, Stern served as Managing Director with oversight of World Bank Group operations in South Asia, Eastern Europe, and the former Soviet Union, as well as the Bank's finance and private sector development sector, treasury operations, and budget. He served as acting president after Lewis Preston's death in 1995.

Stern retired from the World Bank in 1995 and joined J.P. Morgan, after which he became a partner and senior advisor at Rohatyn Group.

Interim Committee, Development Committee, Group of Twenty Four, and chronological files accumulated by Stern between 1972 and 1981 were transferred from the creating office to the World Bank Group Archives and only later assigned approved records retention and disposition schedules as part of the Records and Archives Management Improvement Program (RAMIP). Additional records were transferred to the archives in accordance with approved records retention and disposition schedules.

The majority of the subfonds consists of chronological correspondence records sent and received by Stern from the start of his World Bank career in 1972 to his retirement as a Managing Director in 1995. The subfonds also contains speeches given by Stern while serving in various positions from 1973 to 1995 and records relating to committees in which he participated.