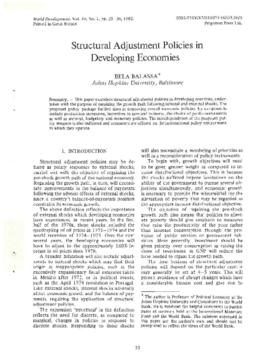 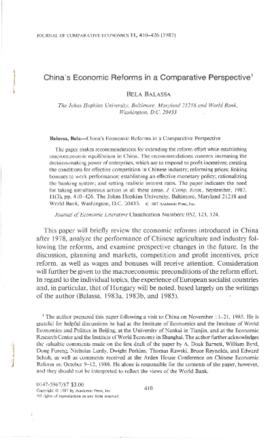 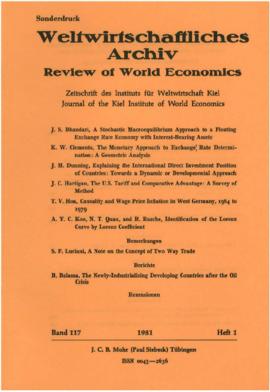 The series includes reprints of approximately 200 papers and essays authored by Bella Balassa on a wide spectrum of economic and trade issues including development strategy, adjustment policies, tariff policy and taxation, exchange rates and balance of payments, protectionism, and export policy and performance. Most of the papers and essays were initially presented by Balassa at symposia, conferences, institutes, and seminars held in the United States and abroad while he served as consultant to the Bank and as a faculty member at The Johns Hopkins University. A series of papers published between 1963 and 1966 were written while he was on the faculty of Yale University. Also found in the series is a copy of a Le Monde article of 26 April 1990 announcing the award of an honorary doctorate to Balassa by the l'universite de Paris, a copy of a letter Belassa sent to friends concerning the Sorbonne ceremony and other honors, and a copy of an article on Balassa that appeared in the March 1990 issue of The Bank's World.

Records are arranged by title.