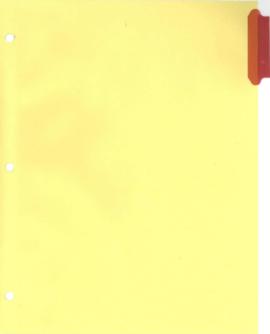 Records of ESP, PSP, and PGP

Between the years 1993 and 1997, the Education and Social Policy Department (ESP), Poverty and Social Policy Department (PSP), and Poverty, Gender, and Public Sector Management Department (PGP) were responsible for the functions of a number of different social- and poverty-focused sectors, including gender and development, poverty analysis and policy, and, temporarily, education. While the departments were organized into 'teams' or 'groups', activities often overlapped.

ESP was created as part of the Bank-wide 1993 reorganization. The Population and Human Resources Department (PHR) was terminated and its functions were split between two newly created departments: the Population, Health and Nutrition Department (PHN) and ESP. Both of these departments were placed in the Human Resources Development and Operations Policy Vice Presidency (HRO). ESP absorbed the functions of the following PHR divisions: Education and Employment Division (PHREE); the Women in Development Division (PHRWD); and the Poverty Analysisand Policy Division (PHRPA). ESP performed operational and analytical work in four main thematic areas:

The ESP Department was responsible for:

On December 31, 1995, HCO was terminated, and replaced by the Human Capital Development Vice-Presidency (HCD). PSP remained in HCD.

As part of a Bank-wide reorganization in 1997, PSP sectors and functions were mapped into a new network-based structure. This process began in September of 1996 with a series of temporary relocations of PSP sectors. Labor Market and Social Protection activities were transferred to the Human Development Department (HDD) and then subsequently mapped into the new Human Development Network (HDN). The Participation and Non-Governmental Organizations team was transferred to the Environmental Social Policy and Resettlement Division (ENVSP) of the Environmentally Sustainable Development Vice Presidency (ESDVP). ENVSP was subsequently mapped into the Environmentally and Socially Sustainable Development Network (ESSD). In December 1996, the Human Capital Development Vice-Presidency (HCD) was terminated. The remaining PSP Groups of HCD were temporarily transferred to the Development Economics Vice Presidency (DEC) under the oversight of International Economic Department Director (IECDR) Masood Ahmed. While being overseen by DEC, the Gender Analysis and Policy Group, the Poverty and Social Assistance Group, and activities related to Public Sector Management temporarily became the Poverty, Gender, and Public Sector Management Department (PGP). The transition was finally completed in July 1997 when the sectors within PGP were individually mapped into the new Poverty Reduction and Economic Management Network (PREM).

A portion of the records were initially transferred from HROVP to the Bank's Institutional Information Services Center (IISC) prior to their transfer to the Bank's Archives. A transfer of PSP records was transferred from PSP to the Archives at the inception of the PREM Network with no approved records retention disposition schedules. Additional records were transferred to the Archives from the PREM Network in September 1997 using approved records retention and disposition schedules.

*See the Records of the Poverty Analysis and Policy Sector (WB IBRD/IDA WB_IBRD/IDA_98).