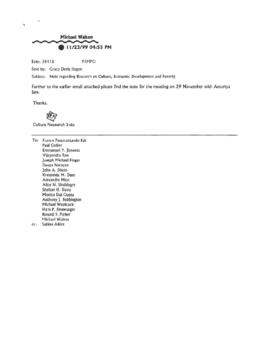 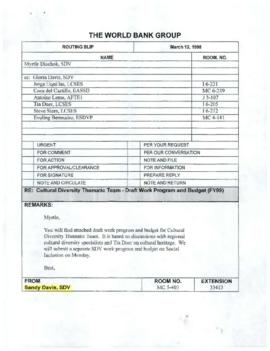 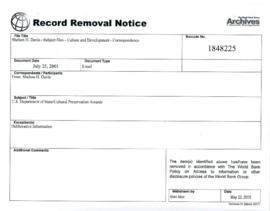 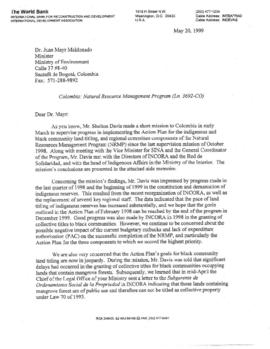 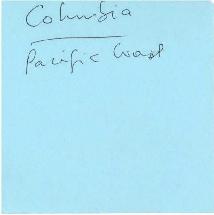 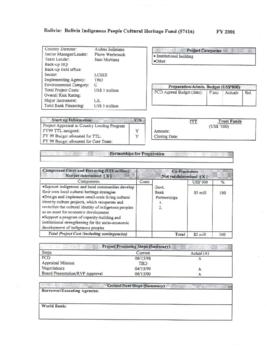 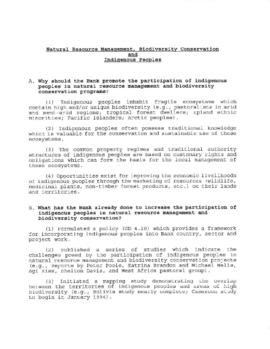 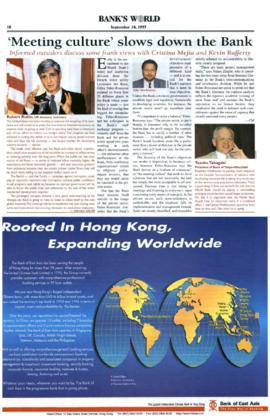 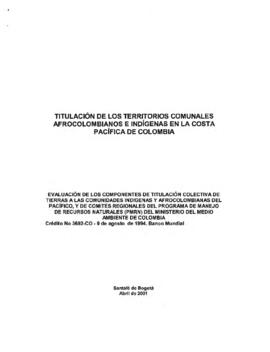 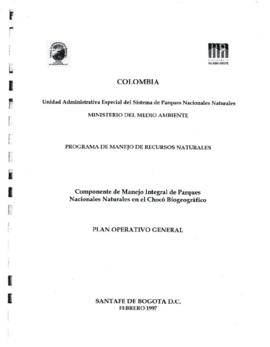 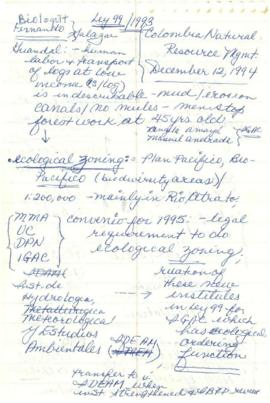 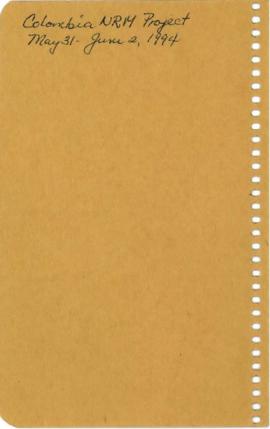 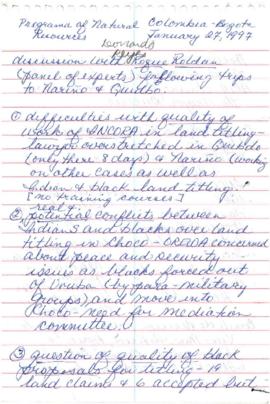 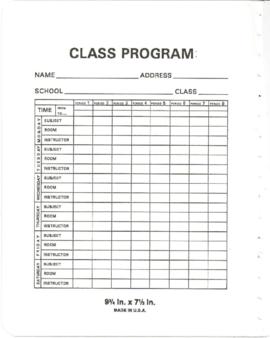 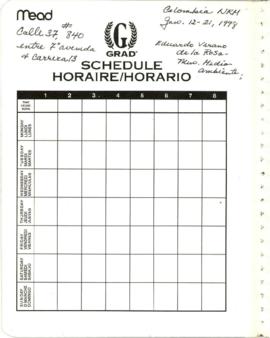 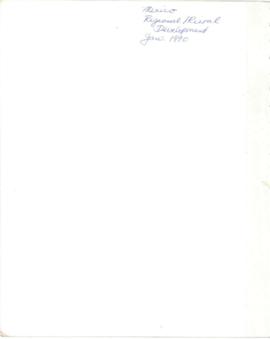 This series consists of records that supported Davis' project work, policy development, and research. It contains field notes, project files, reference files, and research materials that cover Davis' World Bank career. The field notes are handwritten notebooks from Davis' operational field work, meetings, and project site visits from 1986 to 2002. The majority of the field notes arise from Davis' work in the Latin America and Caribbean Region, especially the earlier years as Senior Sociologist for the Environment Unit, Latin America and Caribbean Region (LATEN) from 1987 to 1991. Some notes are included from operational fieldwork and site visits in India, the Philippines, Russia, and Mozambique from his later years as Principal Sociologist for the Social Policy and Resettlement Division (ENVSP) from 1993 to 1997. The series also contains project site visit notes Davis created to review progress and compliance with safeguard policies (e.g. indigenous rights, environment, and sustainability) at development sites, primarily as a Sector Manager in the Latin America and Caribbean Region.

This series contains VHS tapes, DVDs, and CDs sent to Davis from outside agencies, institutions, and persons. These audio-visual items are not World Bank produced, but relate directly to areas of interests to Davis, including Latin America, indigenous rights and culture, bio-diversity, sustainability, and the environment. It is uncertain how Davis used these items in his roles at the Bank, but most likely kept them for reference.