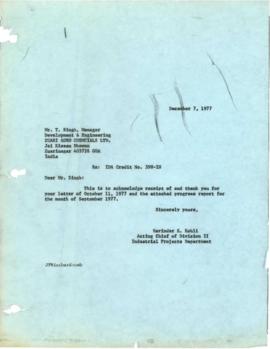 Rischard joined the World Bank Group in 1975 as a Young Professional. In 1976 he became a project officer in the Industrial Projects Department (NDP/IPD/IND) and served in this position for six years. Rischard was responsible for a widerange of activities, including: conducting pre-investment studies; and project appraisal; providing operational support throughout negotiation and administration of loans and credits including procurement and staffing; supervising projects; and monitoring developments in the sector.

In 1982 he joined the Financial Policy and Analysis Department (FPA) as a Senior Financial Analyst; he worked in both the Financial Analysis Division (FPAFA) and the Financial Studies Division (FPAFS). In 1984 he was named theDepartment's division chief for the new Financial Management and Analysis Division (FPAMA). Created in 1980 within the reorganized Finance complex, the FPA was responsible for a variety of activities, including: performing analytical work on Bank financial policies; supporting the Senior Vice President, Finance, in activities such as IDA replenishment negotiations and IBRD capital increases; producing long-term financial projections; assessing and managing financial risks; and providing operational supportin areas involving financial analysis.

Rischard left the Bank in 1986 to join the Wall Street firm of Drexel Burnham Lambert as a Senior Vice-President for International Fixed Income markets.

Rischard rejoined the World Bank Group in 1989 and was appointed Director of the Investment Department (INV) in the Treasury Vice President (TREVP); the unit was responsible for managing the liquid assets of the International Bank for Reconstruction and Development (IBRD), International Finance Corporation (IFC), Multilateral Investment Guarantee Agency (MIGA), and the trust funds administered by the World Bank. The department included two divisions containing traders who invested in the securities of governments and their agencies, as well as in commercial banks. The department also contained a Systems Department responsible for facilitating the work of the department as well as a new department created by Rischard upon becoming Director that was responsible for developing new products and strategies in support of departmental trading.

In 1998, Rischard was named the new Vice President for Europe (EXTEU) which replaced the former Paris Office directorship. Rischard reported to the Vice President for External Affairs (EXT) and was responsible for representing the Bank in Europe and maintaining relationships with European country leaders, the European Union (EU), NGOs, and the private sector.

Rischard formally retired from the World Bank Group in 2005. Following his departure, he provided consultancy services to various units in the Bank, including the World Bank Institute (WBI). He has also been employed as a consultant to governments and companies around the world.

Records were transferred from External Affairs, Communications & UN Affairs (EXTEU) using an approved General Records Schedule (GRS). Records were maintained by Mr. Rischard through his employment in EXT; however, he did not add to them in his role as Vice President of Europe.