Subfonds - Records of the Economics and Research Staff (ERS)

Subfonds - Records of the Economics and Research Staff (ERS) 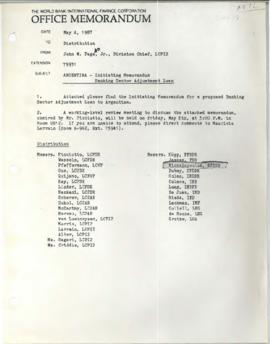 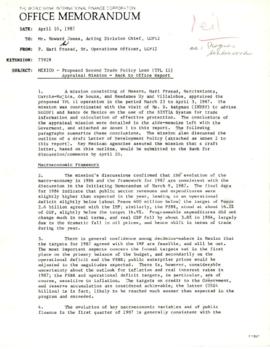 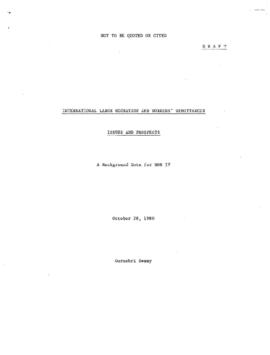 Records of the Economics and Research Staff (ERS)

Office of the Chief Economist -- Economics and Research Staff

In late 1981, the Bank decided to reorganize its economic analysis, research, and policy activities. In February 1982, the Development Policy Staff became the Economics and Research Staff (ERS) headed by Vice President Hollis Chenery (VPERS) who reported directly to the President. VPERS was Chief Economic Adviser to the President and a member of the Bank's Managing Committee and Senior Management Council.

Chenery continued to have a Research Adviser in his office who headed a small policy advisory unit, but the subordinate units were reduced to two. The Economic Analysis and Projections Department (EPD) continued and a new Development Research Department (DRD) was created out of a combination of the Development Research Center and a portion of the Development Economics Department under the former VPD. In August 1982, Hollis Chenery was succeeded by Ann Krueger who served as VPERS until December 1986. Benjamin B. King served as Acting VPERS after her departure.

The ERS functions were nearly the same as those of the former Development Policy Staff and included responsibility for: analysis of the international economy, external debt and commodities; country modeling and comparative analysis; maintenance of economic and social data; basic research on the nature of the development process; improvement of analytical tools for economic work; oversight for the Bank-wide research program; and preparation of The World Development Report.

In 1982, the former External Research Budget (ERB) became known as the Research Support Budget (RSB). Researchers in all parts of the Bank were allowed to compete for funds from the RSB to finance consultants, research assistance, and travel expenses related to their research. In 1983, a senior economist was added to the staff to manage a policy analysis unit in the immediate office of the Vice President. In August 1983, the Research Policy Council (RPC) was established by the Bank President to provide leadership in the guidance, coordination, and evaluation of all Bank research.Consisting of five Vice-Presidents and chaired by VPERS, it was charged with developing Bankwide strategic objectives, polices and plans for research; establishing priorities for funding of Bank research; and making resource recommendations to the President and the Managing Directors regarding the Bank's funding of research.

In January 1984, the RPC replaced the Research Committee with two new bodies: the Research Projects Approval Committee (REPAC), which reported to RPC and had responsibility for reviewing and evaluating project proposals; and the Bank Research Advisory Group (BRAG), which was tasked with providing RPC with a wide range of Bank views on research issues. A new Research Administration Unit (RAD) was created in VPERS in July 1984 headed by a Research Administrator to provide secretariat support to RPC. In February 1985, a managing editor was added to the staff for the new journal World Bank Economic Review.

In the May 1987 general reorganization of the Bank, the ERS Vice Presidency was terminated and most of its functions were transferred to the new Development Economics Vice Presidency (DEC).

Sub-fonds consists of the records of Economics and Research Staff (ERS) department and division records, including the Economic Analysis and Projects Department (EPD). Records of the Research Policy Council (RPC), the Bank Research Advisory Group (BRAG), and the Research Projects Approval Committee (REPAC) are also included. Records related to the research, publication, and dissemination of research papers and other products are included as are articles, lectures and speeches authored by Vice President of ERS Anne Krueger.

Records are arranged in ten series: