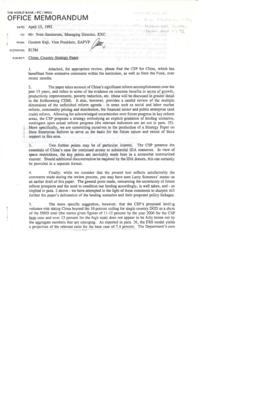 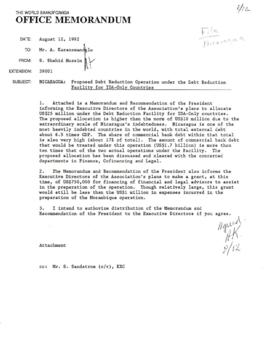 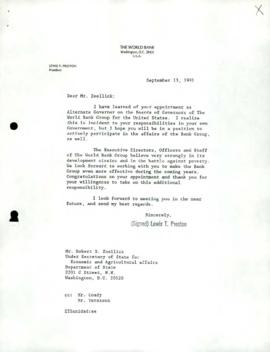 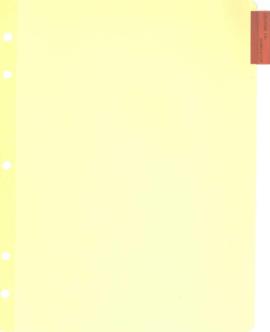 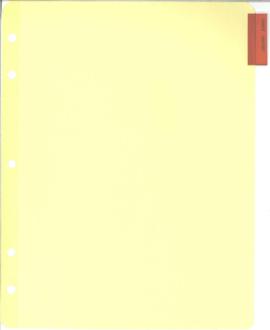 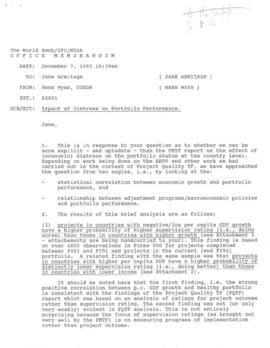 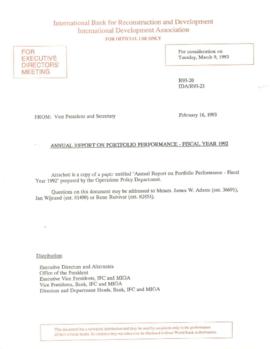 Lewis Thompson Preston (1926-1995) became the eighth World Bank Group President in 1991. A former Marine in the Second World War and a Harvard graduate (1951), Preston was employed by J.P. Morgan Bank for nearly forty years prior to joining the Bank. Entering J.P. Morgan as a trainee in 1951, Preston rose to executive vice president for international banking in 1968 and, finally, chairman and chief executive in 1980. He would hold the latter position until stepping down in 1989.

Early in Preston's tenure, the Global Environment Facility (GEF), an effort initiated by Preston's predecessor, Barber Conable, was formally established. A cooperative program among the World Bank Group, the United Nations Development Program (UNDP), and the United Nations Environment Programme (UNEP), GEF functioned as a trust fund intended to assist in the protection of the global environment and to promote sustainable environmental development. The Bank under Preston continued with other efforts related to the environmental sector, including the implementation of environmental policies in Bank projects.

Theindependent Inspection Panel was created in 1993. The Panel was modeled on the Morse Commission, which had investigated the controversial Sardar Sarovar (Narmada) project in India and whether or not the Bank Group had followed its own policies and guidelines on resettlement and environmental issues. The Panel was given the mandate to receive and investigate complaints that the Bank had not followed its policies and procedures with respect to the design, appraisal or implementation of development projects. The first panel members were appointed in April 1994.

Owing to the opening up of Eastern Europe, Preston oversaw one of the most dramatic increases in membership in World Bank Group history. International Bank for Reconstruction and Development (IBRD) membership increased by 24 countries and International Development Association (IDA) membership increased by 20 countries. The International Finance Corporation (IFC) and the International Centre for Settlement of Investment Disputes (ICSID) increased by 23members and 21 members respectively. Multilateral Investment Guarantee Agency (MIGA) experienced the largest growth, from 66 members when Preston assumed the presidency, to 129 members at the close of his tenure - almost doubling in size. Many of these new members received their first financing from the World Bank Group during Preston's presidency. In addition to new involvement with Eastern European countries, Preston also oversaw the resumption of lending to Vietnam and post-apartheid South Africa and a program of support for the West Bank and Gaza.

In 1991 Preston instituted a reorganization of the Bank's structure that fine-tuned the changes implemented by Conable. The management structure was streamlined by the removal of senior vice presidencies and by the implementation of a more simplified budgeting process. During Preston's tenure the Bank also increased its presence in member countries by establishing a number of new resident missions.

In February 1995, Lewis Preston announced that he had been diagnosed with cancer. He died three months later. Managing Director Ernest Stern was appointed acting president in his absence.

Lewis T. Preston became President of the World Bank on 1 September 1991 and resigned on 4 May 1995. Relatively few records from his term exist. One of Preston's first decisions was to suspend the President's Council, and as a result there are no formal records of the interaction of the highest levels of management. Furthermore, Preston was in ill health and retired before finishing his term. He continued to make speeches and undertook some business travel, but the files on those activities are noticeably fuller in the early years of his tenure. No subject files exist, nor do files on his liaison activities with United Nations organizations, non-government institutions, and international banks. The few files on liaison with the U.S. Government are thin, but there is additional information on this relationship in the records of the Counselor to the President, Matthew F. McHugh.

The most complete files are those on Member countries. These include information on Bank projects in the countries, reports of discussions with country representatives, agendas for meetings, and other representational matters. The files on the Annual Meetings have some unusually interesting briefings for Preston's meetings with financial and other institutions.

The important records of the Portfolio Management Task Force (Wapenhans Report) and the follow-up to it are part of the records of the Special Adviser to the President, Visvanathan Rajagopalan.

Note that a small portion of the Chronological File series contains correspondence and executive memoranda records from the period when Ernest Stern served as acting President. These date from February 1 to May 31 of 1995.